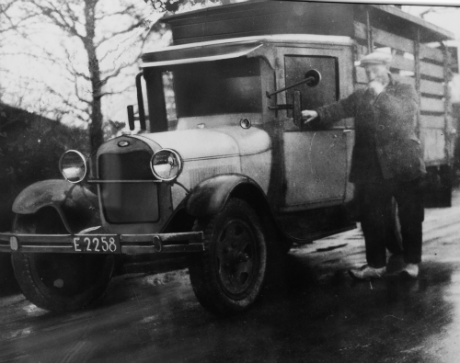 Dasko is a family company that was established in 1913 by the grandfather of the current general manager, Bertus Dasselaar.

Back in 1913 Albertus Dasselaar set up Dasvee in Vriezenveen (NL) and was mainly involved in transporting live pigs and live cattle. In those days this was done with horse and cart.

At the end of the 1930s the first vehicle was bought. In the 1950s the vehicle fleet was extended and more staff was taken on.

Under management of Jan Dasselaar, in 1970 the next step was made in expanding the business: transport across the border. This resulted in an explosive growth of the company.

From cattle to conditioned transport.

Due to successive animal diseases at the end of the 1990s, Bertus Dasselaar ceased the cattle transport activities. The company experienced a successful metamorphosis by focusing on conditioned transport from then on.

Dasko Groep is now an international employer for more than 400 employees in 3 countries. With 180 transport combinations, Dasko is a reliable logistics provider and a trend setting enterprise.